Hi everyone. Today, I want to give a brief review of the 3 movies that I have seen this year. I barely cry in movies, but even though I hate to admit this, this year really destroyed me because these 3 movies ended the separate film series altogether.

First, How to Train Your Dragon: The Hidden World. 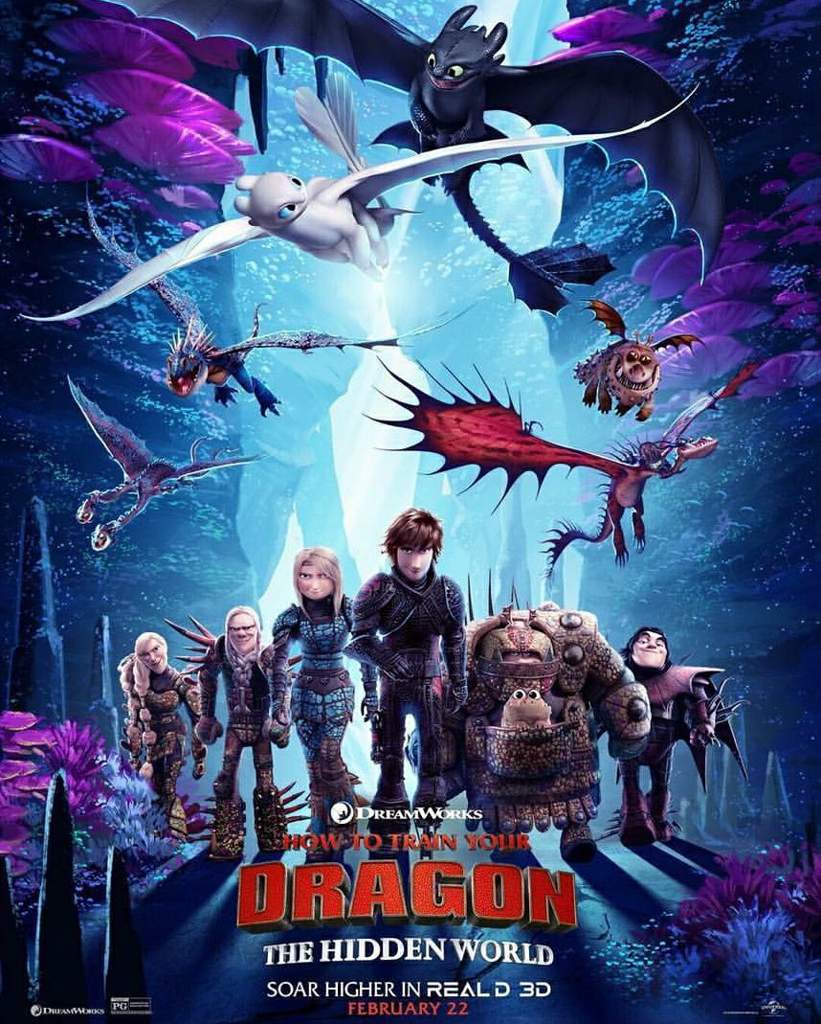 This movie has ended the Dragons film series and I’m not going to give any spoilers to what happened in the movie, but towards the end is where I broke down because I watched the film series since the first one has been released 9 years ago and even though this film is the final movie, I feel like this was the proper way to end it. Again, I’m not going to spoil what happened, so you’ll have to see for yourself when you buy the movie on Blu-ray, DVD, or streaming.

The next movie is Avengers Endgame.

This movie has ended the Infinity War saga and the Avengers saga in general. I’m not going to give away any spoilers if you haven’t seen it, but I feel like this movie had the proper closure to the Marvel characters we all have come to watch and love. If you are a huge fan of Marvel, superhero films, or just like action films, then I suggest you watch this film. Avengers Endgame is out now on Blu-ray, DVD, and available for streaming.

The last movie that I already talked about on my first post is Toy Story 4.

Out of all the movies, this one got me the most because I grew up with the characters and the first Toy Story was the first animated film I have ever watched. So for me to say goodbye to these characters has been rough. However, I feel like this film is the proper conclusion to the entire film series. Toy Story 4 is out now on Blu-ray, DVD, and available for streaming.

2019 was the year where these 3 movies from the most popular film series that I have watched have emotionally satisfying conclusions. If you haven’t seen these movies yet, I highly suggest that you do. They are out in stores now and available for streaming. Thank you for reading and I will see you next time!

Hi everyone. Today, I want to talk about a YouTuber that I have recently discovered and I think all of you should take a look. His name is Charles Trippy. 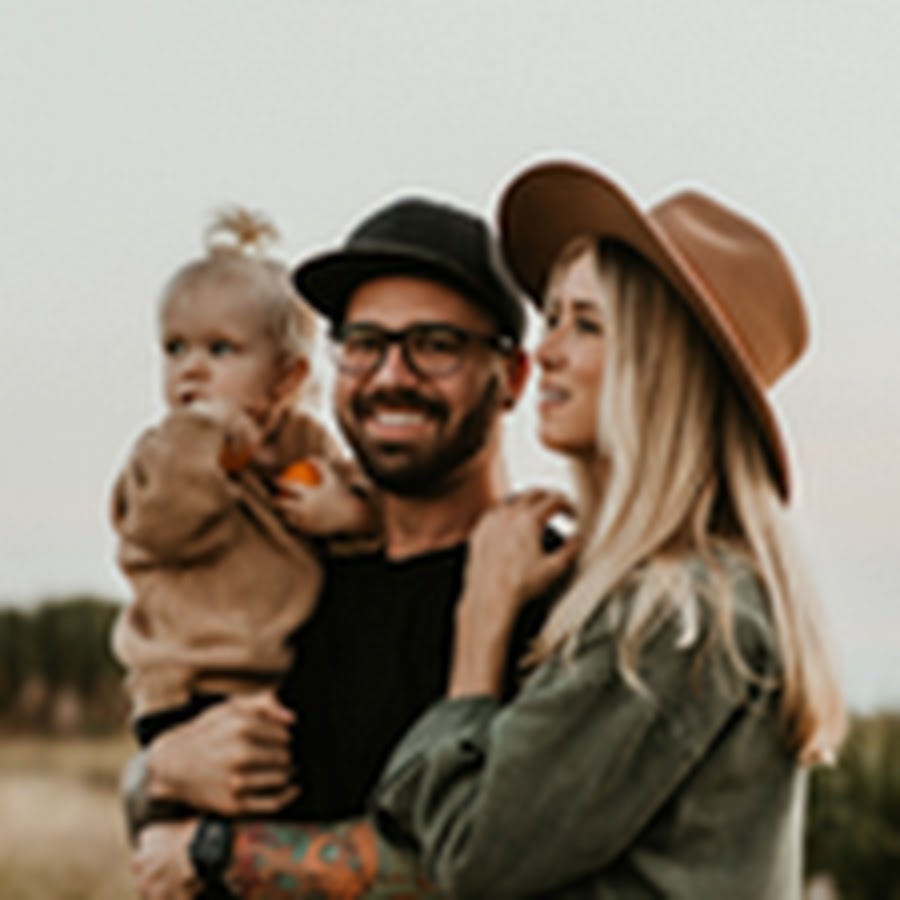 Charles Trippy is an internet personality and vlogger. Trippy became known due to his YouTube channels CharlesTrippy and CTFxC (Now called Charles and Allie). He is also the bassist for American Rock band We The Kings. Charles ha vlogged his life for over 10 years and he has been on Guinness World Records because of that. However, it didn’t come without challenges.

On February 24, 2012, Charles has been diagnosed with a brain tumor. Because of that, he had to undergo two surgeries to remove it: One on March 6, 2012 and the other on September 17, 2013. The surgeries were a success; however, he had to go through Chemotherapy in order to prevent the tumor from growing back. He has also went through numerous seizures because of that.

Another obstacle he had to overcome is his divorce with his former spouse Alli Speed and the hate he received due to rumors about him cheating. I have watched his YouTube channel for almost a year and I really find it hard to believe that he cheated on his former spouse because he doesn’t  seem like the guy who would ever cheat on anyone.

Now, to discuss the positive results in his life. He met and married a new woman named Allie Marie Wesenberg-Trippy and she is the best thing that could have ever happend to Charles. They have 5 animals named Zoey, Marley, Diesel, Rica, and Luna. He stopped having seizures and he was allowed to drive again. On January 10, 2019, both Charles and Allie have announced they are having a baby, which was later revealed to be a baby girl. Because of that, he revealed that he was going to stop daily vlogging consecutively due to him wanting to spend time with his baby girl. On May 1, 2019, he broke his streak of daily vlogging consecutively and sometime later, he has uploaded a montage of 1 second of his life for 10 years. Now, they upload Monday through Friday and not on the weekends. On July 11, 2019, their baby daughter was born and her name is Remi Sol Trippy.

The reason why I think you should check out this channel is because Charles Trippy is one of the most sweetest and humblest YouTuber I have ever seen. This man has truly been through hell, but he has managed to find positivity in his life. He has a new wife that is like the female version of him and now he has a baby girl. He is not the YouTuber that will fake any of his actions. What you see is what you get. If he is feeling low, than he will show you low. If he is feeling happy, than he will show you happy. The point is, if you are the type of person who like seeing YouTubers for their realism, than his channel is right for you.

This is the longest blog post I have ever posted, so thank you for reading. Make sure you watch and subscribe to Charles and Allie’s YouTube channel and show them some love. Hope you enjoy this long blog post and see you next time!

Hi everyone. Today, I want to pay respect to a veteran comedian I’m sure you all know. His name is John Witherspoon.

We all know him from the Friday film series, The Wayans Bros, The Boondocks, and more. He died at the age of 77 on October 29, 2019. I found out about his death yesterday. At first, I thought it was a hoax, but as I kept reading, I realized that it was true.

I’m still sad about it, but at least that I got to know one of the funny comedians like John Witherspoon. I want everyone who is reading this article right now to comment down below the first film where you saw him. Mine was on The Boondocks where he played Huey and Riley’s grandfather.

Rest in Peace, John Witherspoon, and thanks for giving the world your laughter.

Welcome back to my website, everyone! I hope you are having or have had a good day today. Today, I am going to talk about something that was blowing up social media last month. This is about a certain someone that you all know from a popular anime called “Pokemon.” 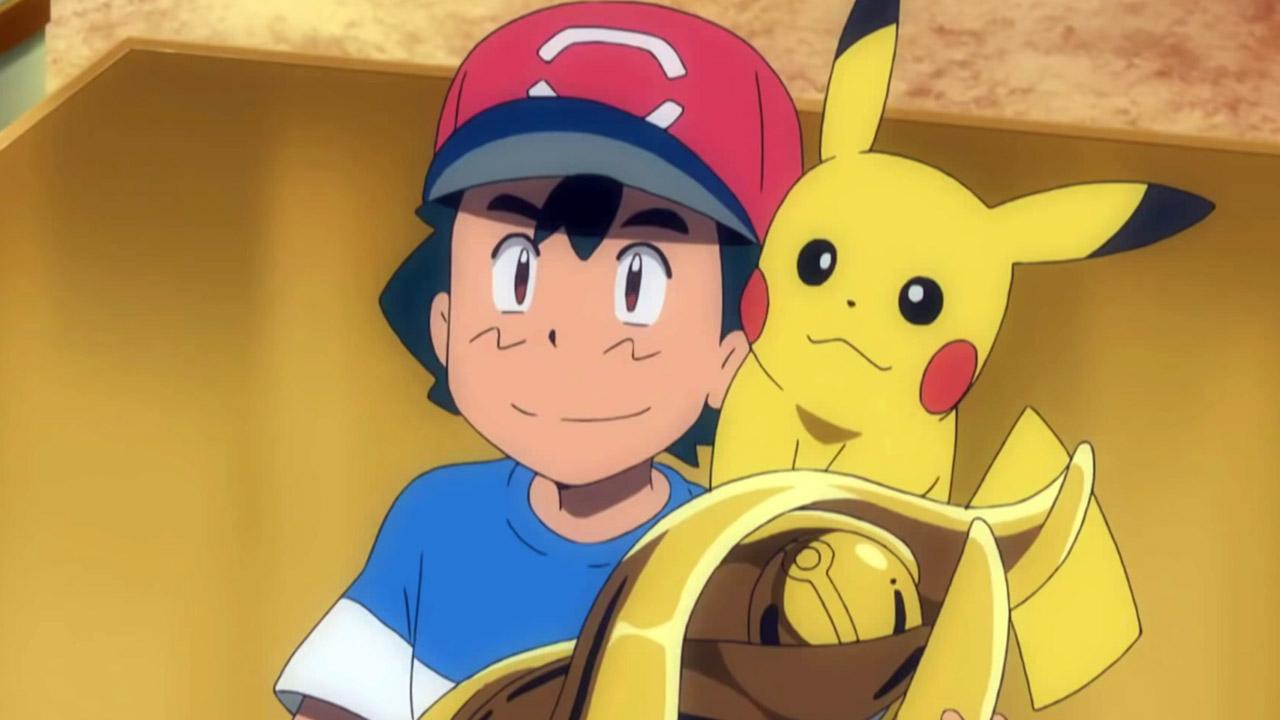 That’s right, ladies and gentlemen. Ash Ketchum has won a Pokemon League! If you guys didn’t know, last month, Ash competed in the Alola League and he won the whole league after he defeated Gladion in the final round.

After his controversial loss in the Kalos league 3 years ago, I didn’t think that Ash would win the Alola League. However, I’m proud to say that I was proven wrong. Now Ash is the champion of the Orange League, Kanto Battle Frontier, and the Alola League.

But wait! This kid is not finished surprising us! During his exhibition match against Professor Kukui, Tapu Koko suddenly appeared as his final Pokemon. It was a battle to the finish between Pikachu and Tapu Koko as their unfinished battle concluded this past Sunday. Before you read the next paragraph, do you think that Pikachu or Tapu Koko won the battle?

If you guessed that Pikachu won the battle, you were right! Pikachu won the battle and the exhibition match for Ash. The only question is now that the Sun and Moon series is wrapping up pretty soon and the Sword and Shield series is premiering next month, will Ash win or lose the next Pokemon league? We’ll see. That’s it for now. Thanks for reading everyone! See you next time for another Post!

This is my first post on my website. As I mentioned on my about post, you can expect me to talk about my favorite movies, TV shows, and video games. In this post, I am going to talk about a movie I have seen recently that’s called “Toy Story 4.” 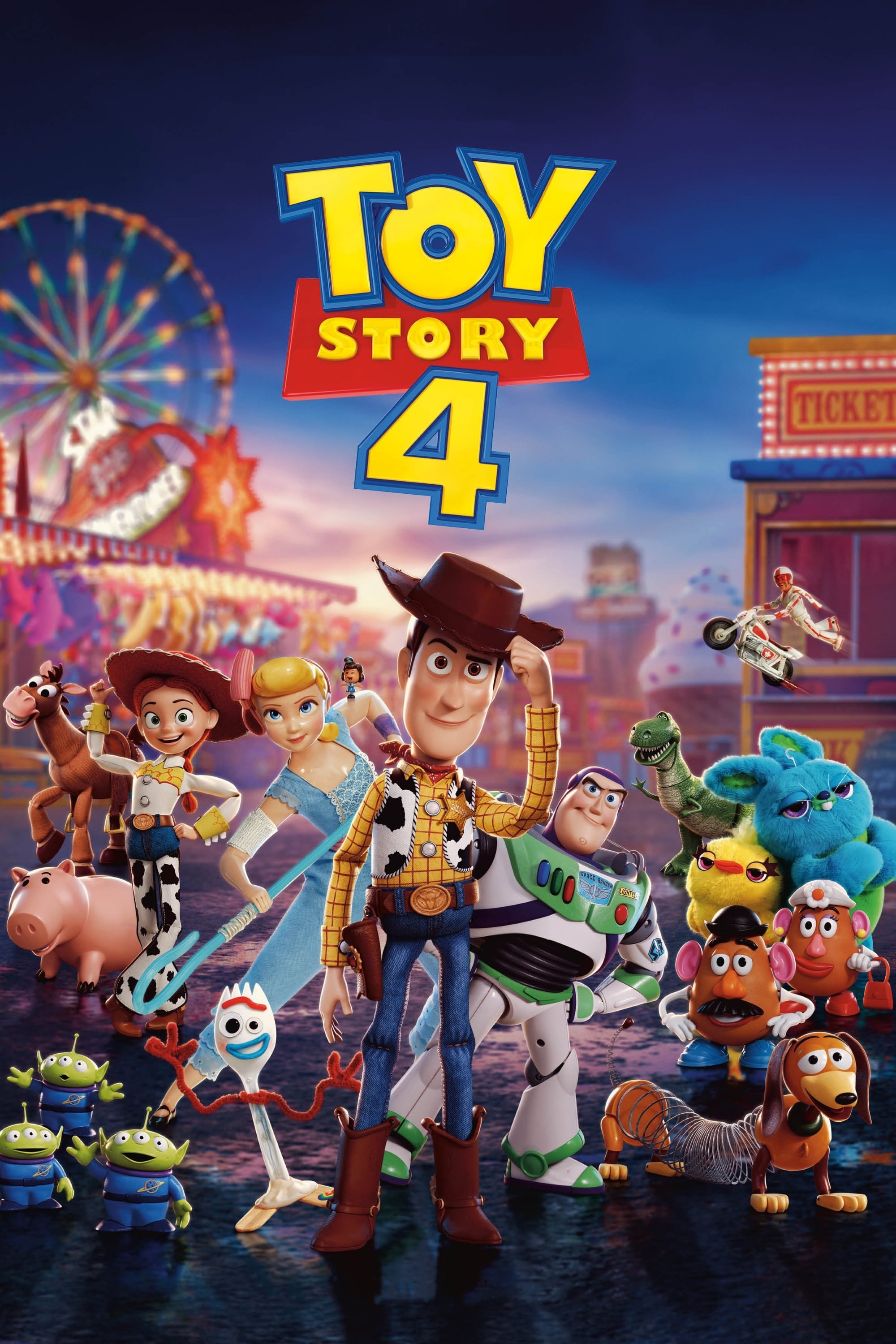 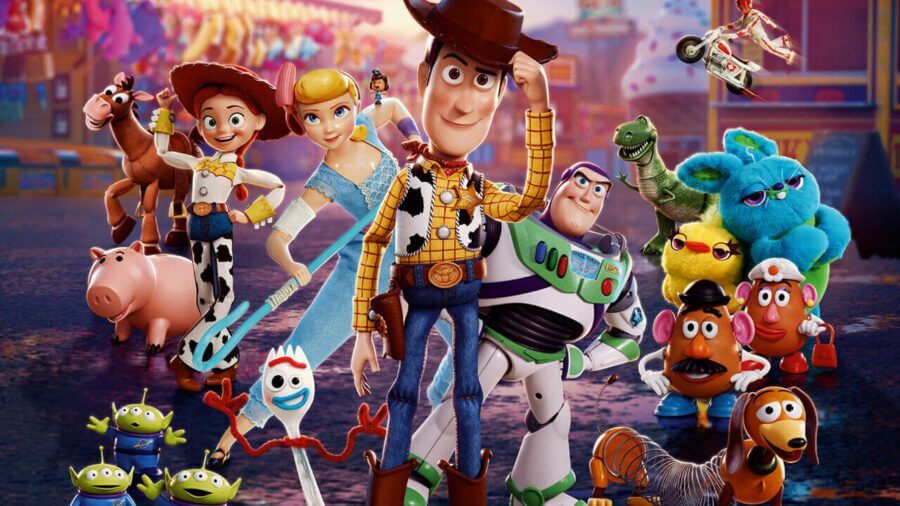 The Toy Story film series is the one I grew up with and the last one I saw was the third film, which came out 9 years ago. And last year, I heard that Disney/Pixar was making a fourth film that was released in theaters this past summer. I’ll admit, at first, I was skeptical about the movie because I thought the film series was wrapped up in the previous film and when I heard they were creating a fourth film, I had a mixed reaction because I thought that Disney/Pixar was milking the film series for cash and profit. When I finally saw the movie, my opinion of it changed from mixed to positive.

I am not going to give away any spoilers if you have not seen the movie, but I will say that the fourth film is better than the third. The reason I say that is because this film had a lot more emotion than the previous film, the animation was beautiful, your favorite characters are back including some new and returning characters, and I feel like this film was a proper conclusion to not just the characters we knew and fell in love with over the years, but it was a proper conclusion to the film series as whole. If you haven’t seen the movie yet, I suggest you go see it when you get the chance. “Toy Story 4” is out now on Blu-ray, DVD, and Digital HD for streaming. Thanks for reading!